Denim on denim, wide corduroy and rich orange tones are borrowings from the fashionable seventies. The retro appeal with a modern update is now particularly versatile: serious for business & wild for bar nights. 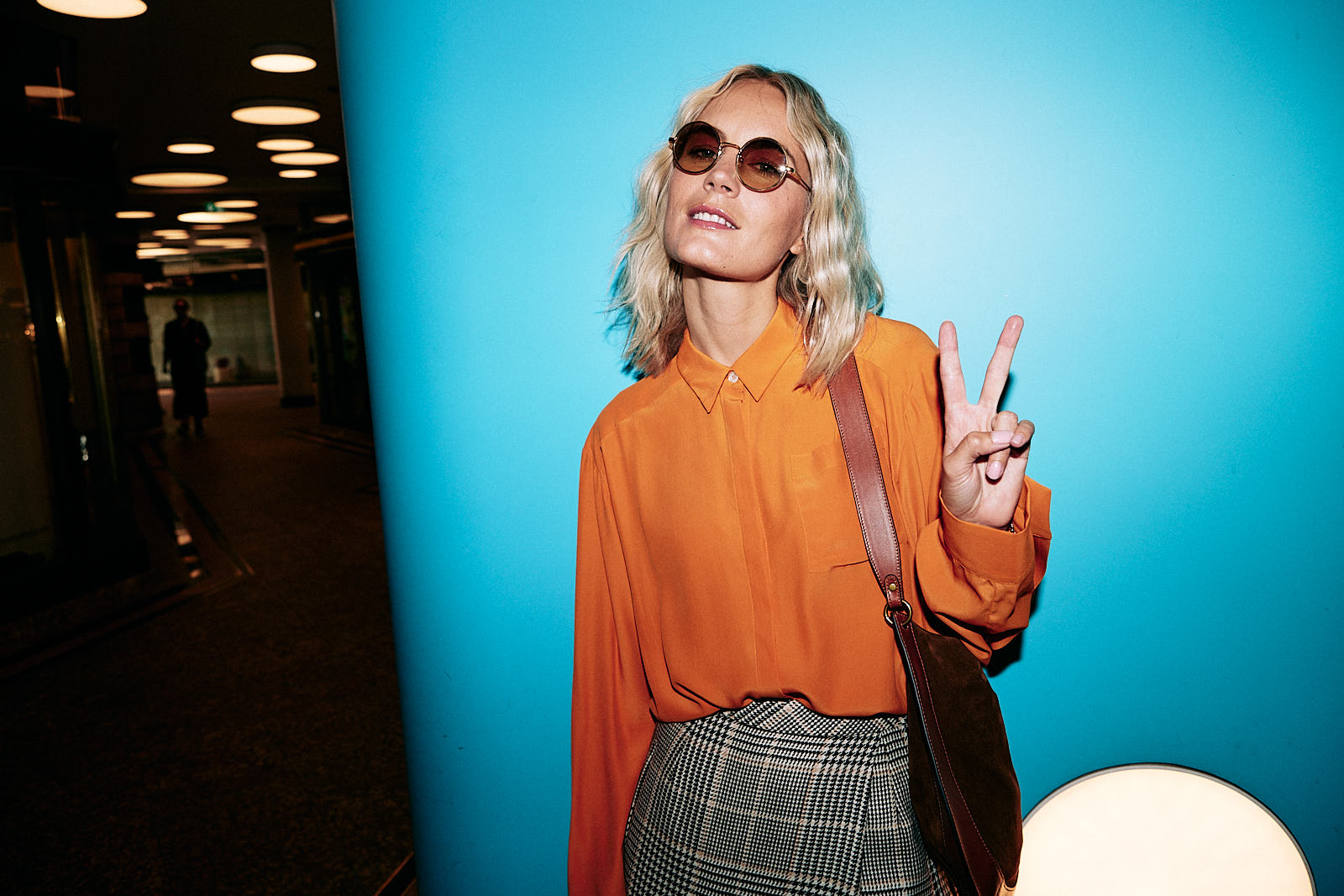 Additional retro feel comes when you mix brown and orange tones together. Silky blouses are now high-waisted and contrast softly with men’s pants and trouser skirts in a glencheck pattern.

Complement the look in style with a saddlebag and “John Lennon glasses”. 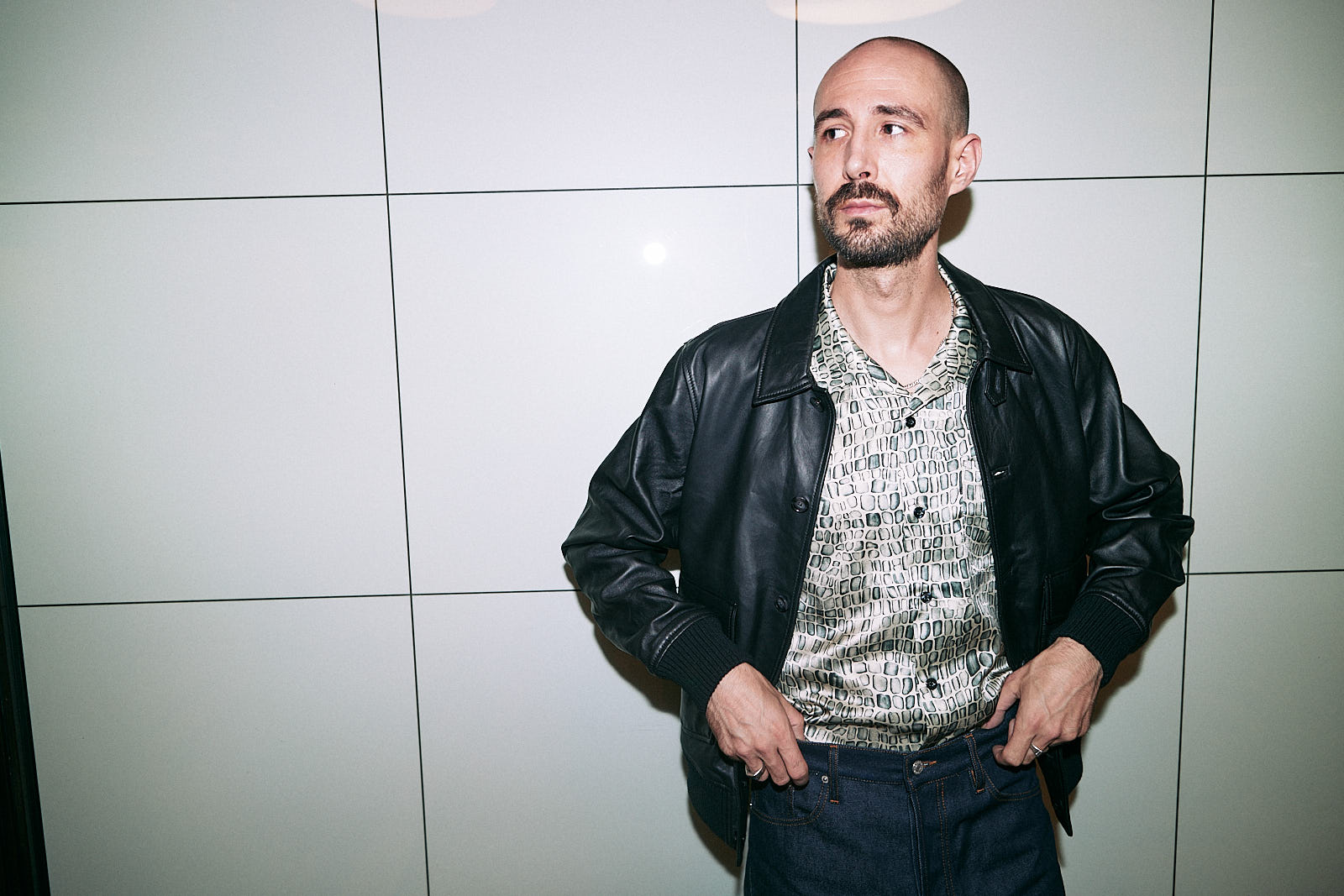 Three things can’t be missing from a man’s wardrobe: a quality black leather blouson, a perfect pair of raw denim jeans and a pimp print shirt. All together this makes a cool look for going out, separately the individual parts are also perfectly usable in everyday life.

Tucked shirt perfectly stages the narrow hips and style of the seventies. 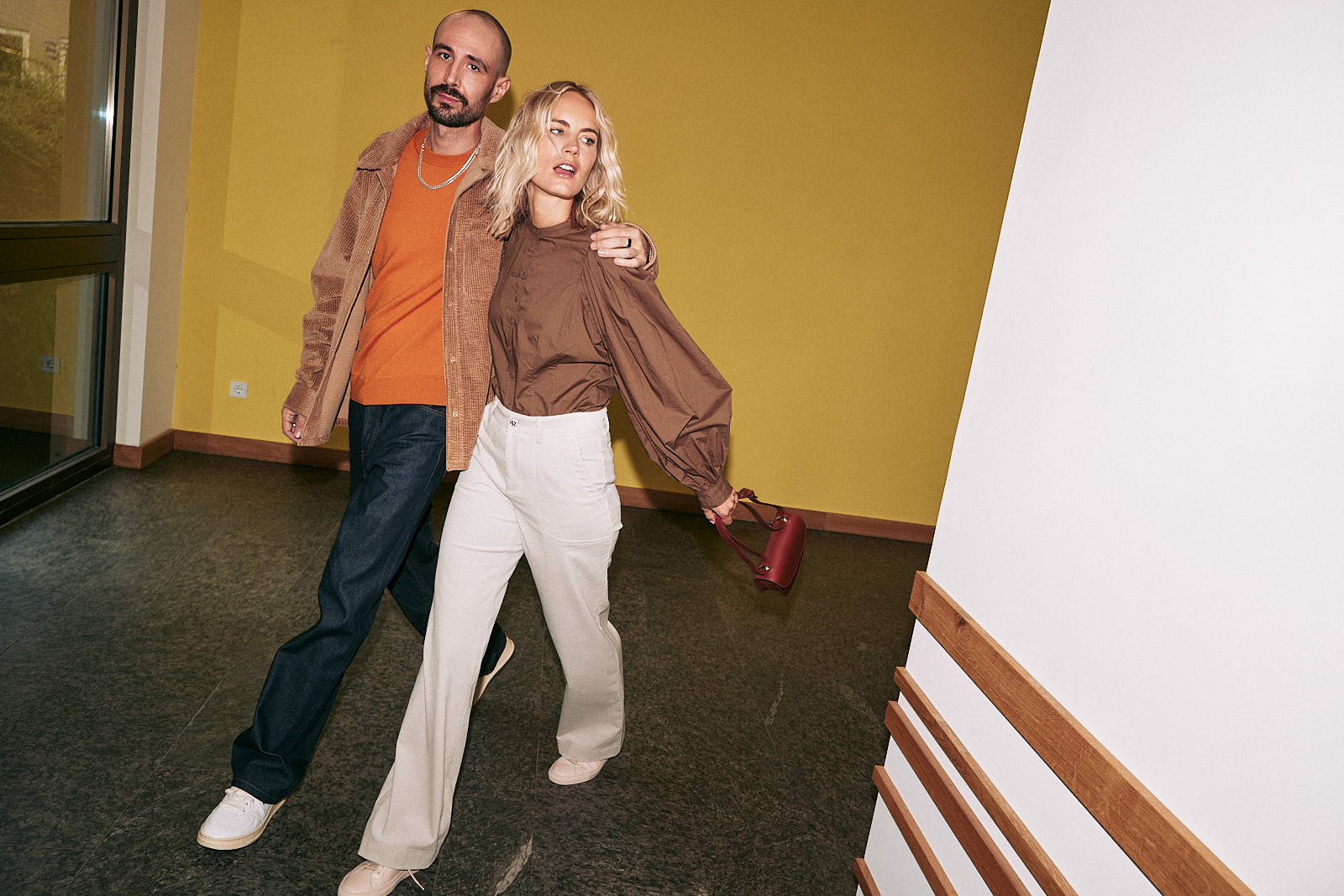 The favorite material of the 70ties is currently reviving, both in men’s and women’s collections. We are not only talking about corduroy pants & skirts, but also the trendy shackets (shirt+jacket=shacket). Such an overshirt made of corduroy looks dressed and yet more casual than a formal blazer.

The new corduroy pants for you now mostly come with a high waistband and slightly flared leg. To balance proportions, tops should be worn tucked in.

When it comes to denim, the trend now clearly goes in the direction of blue with the clearest possible washes and few used effects. Seventies details like college toggle closures, trouser flares and eye-catching lapels are riding high.

What and especially like: Denim on Denim – so the mixing of several jeans parts within a look!